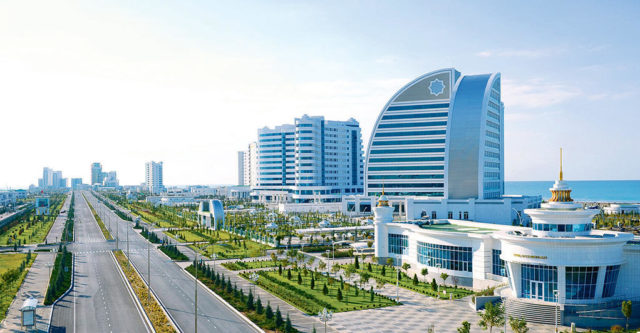 As part of the International Gas Congress of Turkmenistan, scheduled for May 22-23, 2019, the prospects for international cooperation will be discussed in the Caspian resort of Awaza, Trend reports referring to the Chamber of Commerce and Industry of Turkmenistan.

The event is organized by Turkmengas State Concern. Top managers of the world’s largest oil and gas companies and leading industry experts are expected to participate in the event.

It is also reported that the “Oil and Gas of Turkmenistan – 2019” conference-exhibition, organized by Turkmennebit State Concern, is set to be held in Ashgabat on October 22-24, 2019.

Turkmenistan plays a key role in the energy market of the Caspian Sea region. The country ranks fourth for the volume of gas reserves in the world.

As many as 38 oil fields, 82 gas condensate fields, as well as 153 gas fields, including 142 fields on land and 11 on the shelf of the Caspian Sea were opened in Turkmenistan, according to Turkmengeology State Concern.