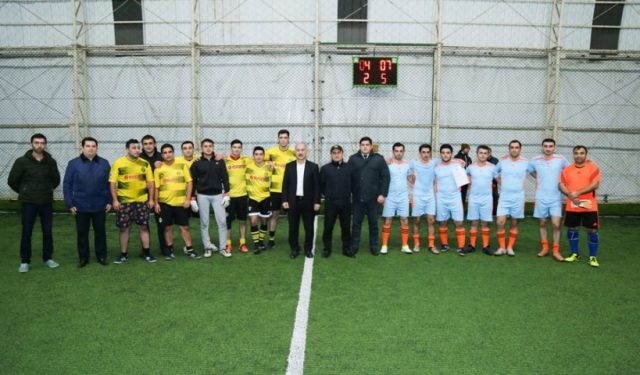 By asco.az The mini-football tournament dedicated to 31th December – the Day of Solidarity of World Azerbaijanis among the employees of CJSC “Azerbaijan Caspian Shipping Company” (ASCO) and employees of other structural units of the Company finished.

The final match was held at the Shafa stadium last day. The decisive match was between the teams of Production Services Department (PSD) and “ASCO-SYNTAX”.

The winner of the final game was the Production Services Department (PSD). Thus, the match ended with the defeat of the team “ASCO-SYNTAX” with a score of 7-4.

The winner was awarded with diplomas, cups and medals.

The purpose of the competition is to help sailors to spend their spare times efficiently, strengthen their physical health and increase interest in the sport. It is planned to hold similar sports competitions in the future.