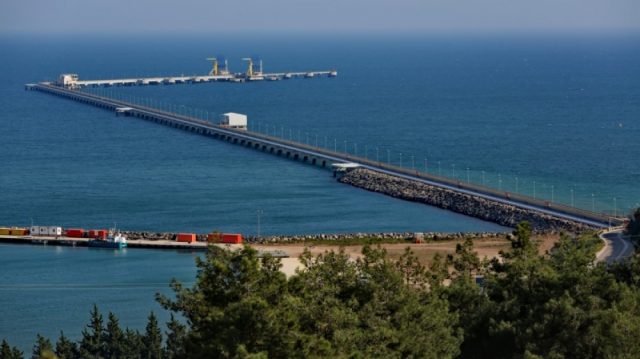 More than 370 tons of Azerbaijani oil was exported through the Ceyhan port so far, according to Azerbaijan`s state oil firm, SOCAR.

In the first nine months of this year, approximately 25 million tons (189 million barrels) of crude oil was exported via BTC and this oil was loaded on 243 tankers at the port of Ceyhan.

On the whole, over 408 million of Azerbaijani oil have been exported since the commissioning of the BTC pipeline from June 2006.

Baku-Tbilisi Ceyhan (BTC) pipeline carries oil from the Azeri-Chirag-Deepwater Gunashli (ACG) field and condensate from Shah Deniz across Azerbaijan, Georgia and Turkey.© Content from this site must be hyperlinked when used