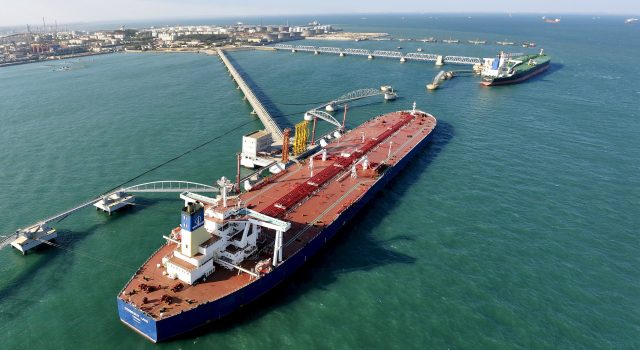 Iran’s National Iranian Oil Company, in response to a Chilean prosecutor’s inquiring about Iran’s alleged polluted oil, and announced that Iran exports around 1 billion barrels of oil to various countries annually, and so far no similar case has been raised by any country.

On Wednesday, the National Iranian Oil Company (NIOC) denied any links between its crude exports to Chile and the noxious fumes. NIOC said international inspectors monitor the flow, loading and export of its oil and issue certificates which allow continuation of the exports.

“Iran’s oil supplies to various Asian, European and South American countries, and the records of these exports can be cited by all countries,” NIOC said in a statement, Trend reports via Shana news agency.

“Iran’s export terminals have the most up-to-date laboratories and devices for measuring the quality and quantity of oil, and oil exports are always being studied at different hours of the day,” NIOC said.

The process of oil loading is fully monitored by the two sides (the seller and the buyer), and the two sides, along with a leased oil tanker expert, will carefully examine all the issues involved in the rate and quality of the oil on the basis of negotiations and agreement.

“Chile’s prosecutor’s office has not yet filed a charge against Iran and is only considering probabilities,” said the report.

According to a Reuters report, a total of 508 people, most of them children, sought treatment in Quintero and nearby Puchuncavi in August after residents reported a strong smell in the air. Chilean law enforcement officials are investigating Iranian crude oil as a possible source of the odour.