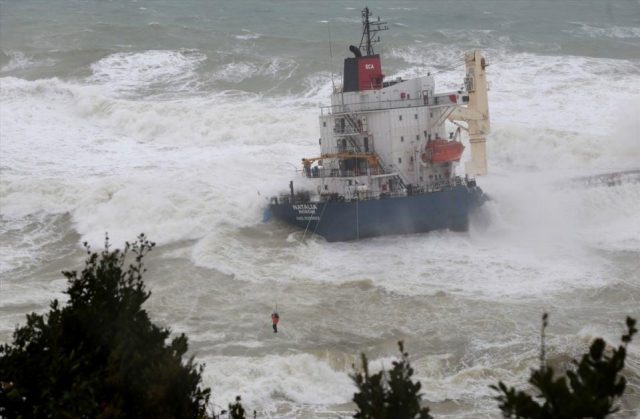 A cargo ship has recently stranded due to storm off the coast of Istanbul.

Most of the crew members rescued off the coast of Turkey’s Istanbul city in the Black Sea are Azerbaijani citizens, Trend reports referring to the Turkish media on Dec. 20.

The crew was rescued by the Turkish coast guard.

Reportedly, there were 16 people on board the Natalia cargo ship, which sailed under the flag of the Comoros. Twelve of them are Azerbaijani citizens, three of them are Turkish citizens and one Indian citizen.