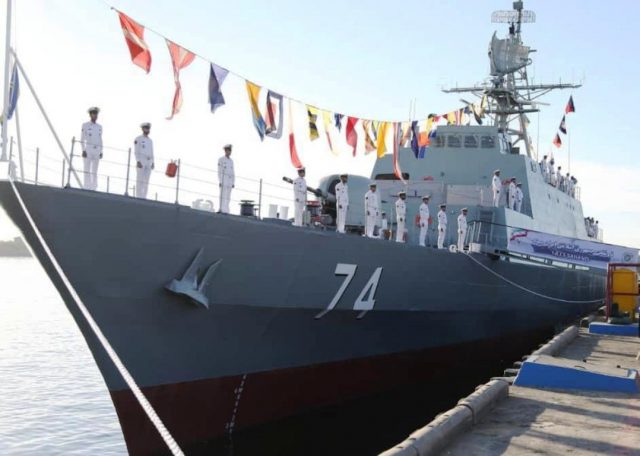 As the state-of-the-art destroyer in West Asia, Iran’s Sahand destroyer joined the country’s navy fleet in the port city of Bandar Abbas on Saturday, IRNA reports.

The ingenious design is based on domestic technical knowledge and equipped with stealth technology, Admiral Sheikhi went on to say.

He added that another advantage of Sahand destroyer to Jamaran is using four powerful engines; Sahand has surpassed Jamaran in carrying out maneuvers.