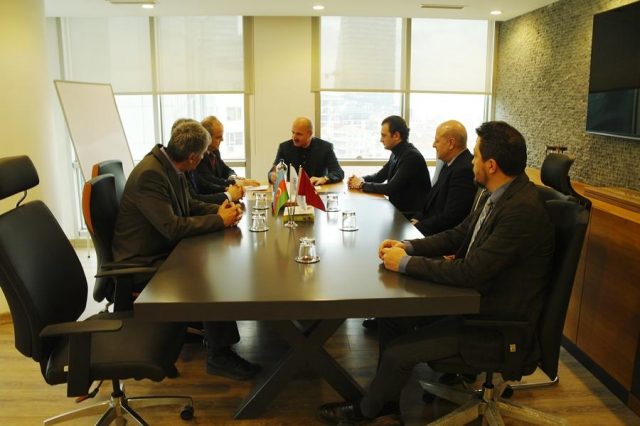 “Azerbaijan Caspian Shipping Company” CJSC has founded two new companies in Turkey.  The companeis that will operated under the names of “Caspdry” and “Casptankers” will try to achieve more efficient operation of the ships floating under Azerbaijani flag in the basins outside Caspian Sea.

“Caspdry” will carry out transportation of  dry cargos while “Casptankers” will carry out transportation of bulk cargos.
In a ceremony held in Istanbul on February 3, American Bureau of Shipping (ABS) one of the most renowned classification societies in the world granted “Caspdry” company with a certificate of conformity certifying its compliance with ISM requirements. “Casptankers” company is also expected to be granted with such a certificate soon. And these certificates will allow both companies to operate large – capacity ships in the basins outside the Capsian Sea.
Rauf Valiyev chairman of Azerbaijan Caspian Shipping Company stated in the ceremony attended by ABS representatives and auditors that “Caspdry” and “Casptankers” meeting all the standards including highest security requirements, will become one of the leading companies in transportation of dry cargo and oil products in the international waters. At the same time, the activities of these companies will further expand the opportunities of the Azerbaijani seafarers to sail in the intonation waters.
One of the main targets of Azerbaijan Caspian Shipping Company” CJSC which pays special attention to fleet renewal is to have continued existence in the foreign waters. Currently, ACSC has 10 dry cargo ships floating in Black Sea and the Mediterranean.