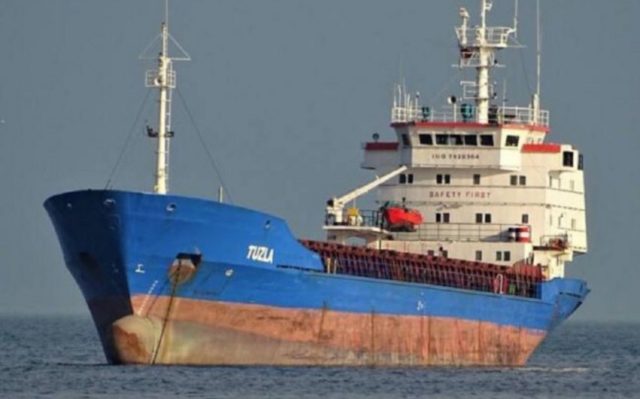 Video posted on social media shows flames racing through the superstructure of a 3,943 dwt, 1980-built general cargo ship, the Tuzla, yesterday after a Russian attack on the Ukrainian port of Kherson, Report informs, citing foreign media.

The Vanuatu-flagged ship is owned by Istanbul-based Cayeli Shipping Ltd and, according to Turkiye’s Veryanssin TV, is one of two Turkish-owned merchant ships hit in the Russian attack.

The 1995-built 4,750 dwt Ferahnaz, which is also Vanuatu-flagged, was damaged by shrapnel in the same attack, Veryannsin reports Huseyin Cebi, an official with vessel’s manager, Istanbul-based Cakiroglu Deniz Tasima Ltd, as saying.

That ship was reportedly less severely damaged than the Tuzla.