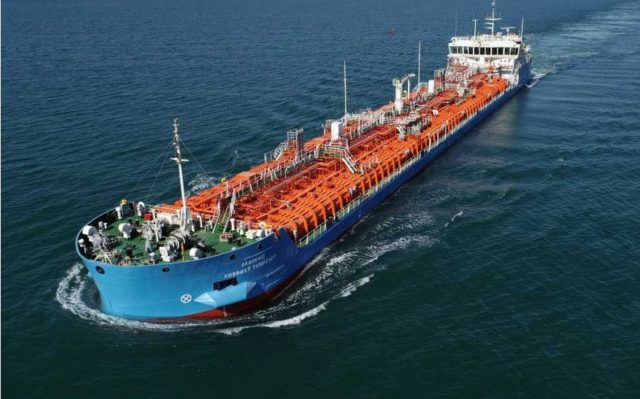 First voyage of tanker “Akademik Khoshbakht Yusifzade” built at Baku Shipyard on Azerbaijan Caspian Shipping Company (ASCO) order and launched in December last year with the participation of President Ilham Aliyev was to the Kianli port of Turkmenistan.

The tanker “Akademik Khoshbakht Yusifzade” with length of 141 meters and width of 16.9 meters has carrying capacity of 7800 tons. The permanent crew of the ship consists of 15 people.

The new tanker is the third of four tankers built at the Baku Shipyard. Unlike the oil tankers “Lachin” (December 2019) and “Kalbajar” (September 2021), which were put into operation earlier, “Akademik Khoshbakht Yusifzade” can transport both oil and chemical products. Compared to other tankers owned by ASCO the draught of this vessel enables it to enter relatively shallow ports within the Caspian basin and carry cargo outside the Caspian Sea through water canals of Russia.