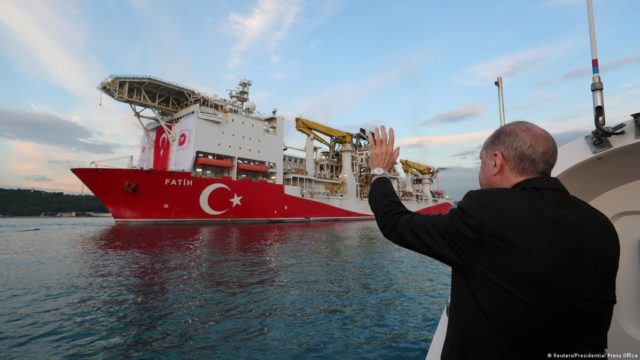 Turkish President Tayyip Erdogan said that in Turkish Mardin, which is located in the southeast of the country near the border with Syria, oil production is being started at three wells.

Earlier, Erdogan announced the discovery of a field in southeast Turkey with reserves of 150 million barrels of net oil reserves (approximately 21.3 million tons, using a conversion factor of 7.23), estimated at $12 billion. According to him, this field is “one of the 10 largest discoveries made on land in 2022.”

The Turkish leader noted that oil and gas exploration work continues in various parts of Turkey, including Mardin.

“Today, among others, we are launching oil production at three wells in Mardin,” the president said, quoted by Anadolu news agency.

According to him, Turkey continues its active development against the background of crises and problems faced by many countries of the world.

“Those who recently smirked at reports of Turkey’s achievements will turn to Ankara for help tomorrow,” Erdogan is sure.

As an example of the country’s success, Erdogan cited yesterday’s opening of Europe’s largest gas storage facility, Silivri, near Istanbul.

The head of the Turkish state assured that the state is doing everything possible to completely eliminate problems in the country’s path, including in the field of security. “The state is destroying crime step by step, eliminating the damage and destruction caused by terrorists and their accomplices,” Erdogan stressed.

The President further informed the audience that the Mardin Airport, with a terminal capacity of 3 million passengers per year, will be renamed in honor of Mardin native, 2015 Nobel Prize winner in chemistry, Professor Aziz Sanjar.