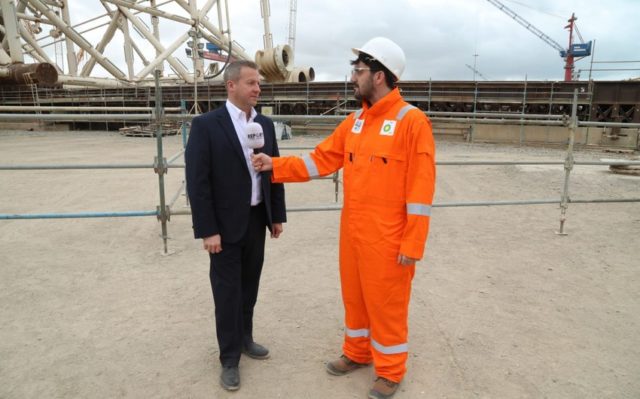 The mission of the ACE (Azeri Central East) project is to further advance the successes achieved in the Caspian Sea and implement an internationally competitive project to transform the drilling, exploitation, and execution operations of the future facilities in AGT (Azeri-Guneshli Terminal) in terms of safety, ACE project general manager Neal Philips said, Report informs.

According to him, the project is centered on a new 48-slot production, drilling, and quarters platform.

Phillips said that the project will cost $6 billion. Half of the amount will be used for construction and the other half for drilling.