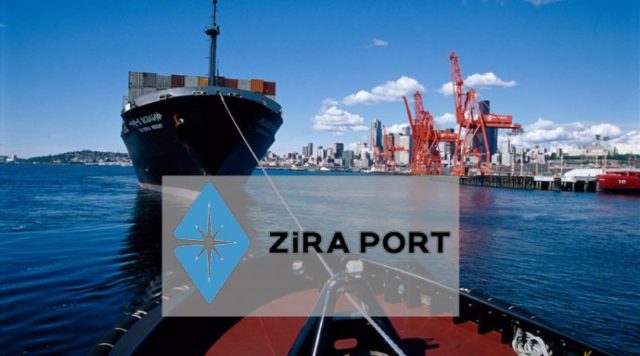 The fighting in Ukraine has disrupted global trade ties, which have been exacerbated by the ongoing coronavirus pandemic. As a result, global transport and insurance costs have risen. As a result, global value chains across a wide range of key industries have been affected, including food, automobiles, construction, petrochemicals and transportation. Businessmen and politicians are increasingly aware that there is an urgent need for alternative transport and logistics routes. Many understand that the South Caucasus has currently untapped potential in this regard and is well on its way to becoming an important transport and trade hub for Eurasia.

According to Day.Az, this is stated in the article of the head of the department of the Center for Analysis of Economic Reforms and Communications Ayaz Museibov, published in the American magazine The National Interest.

The author of the article notes that the current situation has already pushed global transport companies to think about more stable and alternative routes. It is no coincidence that experts are discussing the possibility of increasing cargo traffic through Central Asia, Azerbaijan, Turkey and Georgia, which is seen as a reliable alternative route.

“The huge potential of the region as a reliable supplier of energy resources also arouses new interest in the light of recent geopolitical events. Both existing infrastructure and entirely new initiatives show that the regions of Central Asia and the South Caucasus have untapped potential to serve as reliable energy and trade corridors. The South Caucasus benefits geographically: the region is located between two large countries (Iran and Russia) that are already under Western sanctions. Frankly speaking, the choice of the route through the South Caucasus instead of one of the countries under sanctions is beyond doubt,” the article says.

Moreover, the author of the article continued, the diversification of existing trade routes is in the interests of all parties.

“With global supply chains severely disrupted following the recent global turmoil, it has become clear that the continued viability of the global economy, especially in the face of any potential future crisis, will depend on whether stakeholders find new transport and logistics routes. With all this in mind, of course, both the South Caucasus and Central Asia are seen as the only sustainable transit opportunity,” writes The National Interest.

As the publication emphasizes, due to all the above-mentioned events, the importance of bilateral, trilateral and multilateral agreements increases in terms of the development of the South Caucasus route.

“It is no coincidence that the growing need for the development of the Trans-Caspian International Transport Route (TITR) through the Caspian region (also known as the Middle Corridor) requires concrete steps to be taken. This issue has been repeatedly raised at the level of regional leaders. Azerbaijan, Turkey, Kazakhstan and Georgia have already agreed to establish a joint venture that will resolve all issues related to tariffs, cargo declaration, use of unified IT solutions and consolidation of transit cargo for the Middle Corridor. According to Gaidar Abdikerimov, Secretary General of the TMTM Association, the joint venture will be registered in early or mid-2023. Within the framework of the new structure, it is planned to join the international North-South corridor to the Caspian seaports and expand the corridor by including Iran, Gulf countries, North Africa and India. At the same time, it is planned to transport up to 150,000 additional containers and about 35,000 cars through Central Asia, Azerbaijan and Georgia. It is clear that these various reforms will make a significant contribution to the further development of the Middle Corridor,” the article says.

The author of the article recalls that the railway departments of Kazakhstan and Azerbaijan signed an agreement on the implementation of joint projects in the field of logistics.

“The parties discussed the further development of transportation along the Middle Corridor, and also outlined the need to intensify work to increase throughput and reduce transit time along the route. TITR’s cargo turnover in 2021 amounted to 586.2 thousand tons, and container turnover reached 25.2 thousand TEUs (a term used to describe standardized container units). These figures are quite low compared to freight traffic between the EU and China. However, ongoing infrastructure reforms in the region will further increase the existing potential of this transport route. In fact, the volume of container traffic over the past four years has increased by 2.8 times.

Further, the author of the article notes that Iran and Azerbaijan are preparing to work on a road project through the Azerbaijani exclave of Nakhchivan, and from there to world markets.

“To facilitate this, Azerbaijan and Iran recently signed a Memorandum of Understanding on the establishment of new communication lines, which involves the construction of appropriate infrastructure for transport channels. Both sides plan to build a checkpoint at the border that will be able to receive at least 1,000 cargo fleets (export, import and transit cargo) with 500 entries and exits per day. This is a significant expansion that adds another transport corridor. In addition, along with a new logistics project with Iran, the opening of the Zangezur corridor through the territory of Armenia is also on the agenda. The issue is somewhat moot, given the state of relations between Armenia and Azerbaijan in light of the 2020 Karabakh war. However, the resumption of work as iron, and roads through the Zangezur corridor were discussed by the leaders of both countries in Brussels on April 6. Azerbaijan has already taken measures to increase the capacity and plans to increase the volume of cargo transportation on the Caspian Sea in the coming years,” the article says.

In conclusion, the author of the article notes that the most important aspect of the South Caucasus (especially Azerbaijan) in the transit routes of the Eurasian region is that it is not subject to any international restrictions or restrictions compared to other routes.

“Previous successful mega-projects such as the Baku-Tbilisi-Kars railway, the Baku-Tbilisi-Ceyhan pipeline, the South Caucasus pipeline and others demonstrate that the region is open for business and able to cooperate with many actors. The words of former US national security adviser Zbigniew Brzezinski that Azerbaijan can be called a vital “plug” to access the “bottle” that is the Caspian Sea basin and Central Asia are increasingly ringing true. Modern politicians should heed his sound advice and plan their actions accordingly.