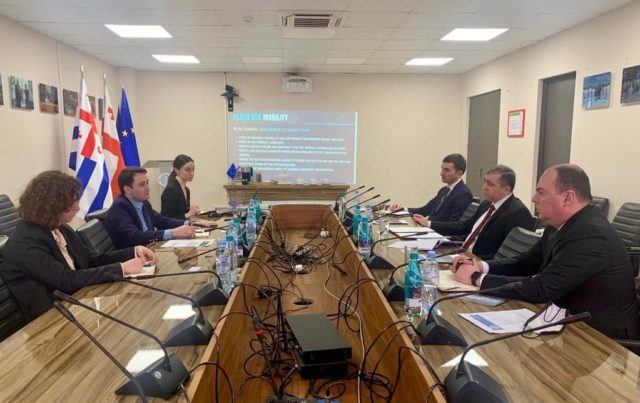 A delegation led by Chairman of the Board of the State Maritime and Port Agency under the Ministry of Digital Development and Transport of Azerbaijan Arif Mammadov has visited Georgia, Report informs, citing the ministry.

On the first day of the visit (April 14), meetings were held at the Georgian Maritime Transport Agency, Batumi Sea Port, Batumi State Maritime Academy and a number of companies whose activities are permitted in Georgia. During the talks, the current state and prospects for cooperation between the two countries in the field of maritime transport were discussed.