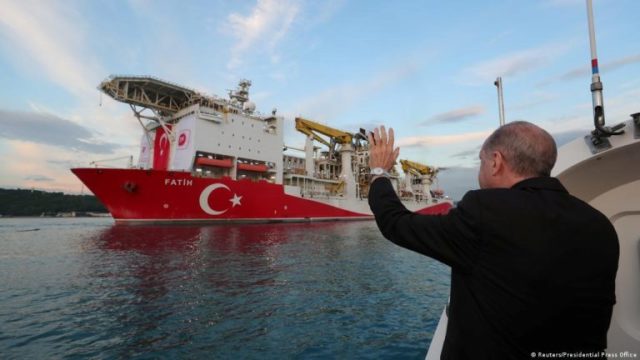 Turkish President Recep Tayyip Erdogan proposed to Austrian Chancellor Karl Nehammer to expand cooperation to transport Caspian and Mediterranean gas to Europe through Turkey, the office of the Turkish leader.

“During the meeting, steps to improve Turkish-Austrian relations and regional issues were discussed. President Erdogan expressed satisfaction with the recent high-level contacts between Turkey and Austria. President Erdogan said that Ankara continues to do its best to establish peace between Russia and Ukraine”, the message says.

“President Erdogan said that energy resources in the Caspian Basin and the Eastern Mediterranean can be transported to Europe through Turkey. Drawing attention to the strategic nature of the issue, the Turkish President also noted that at this stage they can expand their cooperation with Austria, an important European distribution center in natural gas area,” the statement said. It should be noted that the issue of doubling the supply of Caspian gas to Europe through the Southern Gas Corridor in the amount of 20 billion cubic meters annually is being considered. In addition, Turkey offered Israel to use the BOTAS gas transmission system to transport about 15 billion cubic meters of gas to Europe.