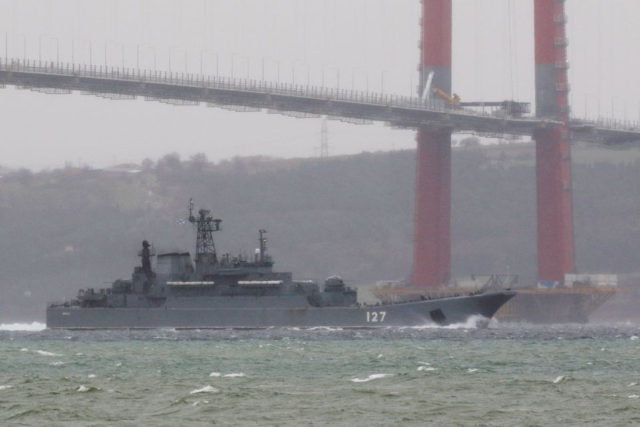 Six Russian warships are heading to the Black Sea from the Mediterranean for naval drills, the Interfax news agency cited Russia’s Defence Ministry as saying on Tuesday, in what it said was a pre-planned movement of military resources, APA reports citing Reuters.

Russia announced last month its navy would stage a sweeping set of exercises involving all its fleets in January and February, from the Pacific to the Atlantic, in the latest show of strength in a surge of military activity during a standoff with the West over Ukraine.

The six ships are scheduled to pass through Turkey’s straits to the Black Sea on Tuesday and Wednesday, Turkish sources said.

The vessels include the Korolev, the Minsk and the Kaliningrad, which are set to navigate the Bosphorus on Tuesday, while the Pyotr Morgunov, the Georgy Pobedonosets and the Olenegorsky Gornyak are expected to pass on Wednesday.