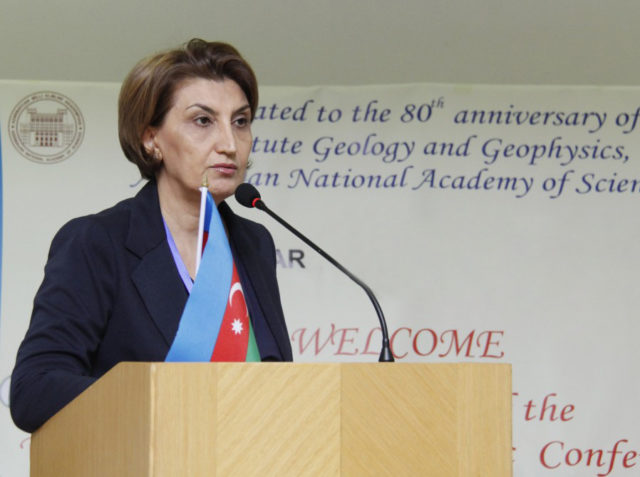 The newly-appointed chief geologist of the State Oil Company of Azerbaijan, Arzu Javadova, was introduced to the staff of SOCAR’s head office, the company told Report.

Arzu Javadova is the chairman of the Society of Petroleum Geologists of Azerbaijan, a candidate of geological and mineralogical sciences, the author of two inventions and 35 scientific papers.

In 2013, by order of President Ilham Aliyev, she was awarded Taraqqi (Progress) medal.