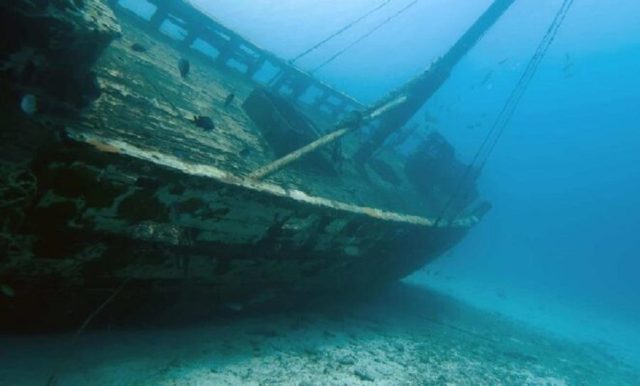 Shipwreck hunters have been desperately searching for The Griffin since it sank to the murky depths of Lake Michigan while carrying a valuable cargo of furs in 1679, according to Dailystar.

A ‘haunted’ shipwreck that sunk in one of America’s great lakes 350 years ago has finally been found following years of failed search attempts.

The Griffin descended to the bottom of Lake Michigan during its maiden voyage in 1679 and was dubbed the “holy grail” by curious shipwreck hunters after it disappeared.

The incredible find has brought an end to a maritime mystery following fears from frightened natives that it had been cursed due to a claim by a French explorer, reports the Express.

Explorer René Robert Cavelier, Sieur de la Salle, was not on board for the horror sinking but said a prophet from the native North American Iroquois tribe issued a warning to him before it departed.

The prophet apparently told him: “Beware! Darkness like a cloud is ready to envelop you.

“The Christian Indian’s curse rests on you and on your great canoe. She will sink beneath the deep waters and your blood shall stain the hands of those in whom you trusted!” Steve and Kathie Libert, a husband and wife team, determined that a wreck found in 2018 near the Poverty Island in Lake Michigan, was likely that of the mysterious Griffin. Native traditions say The Griffin became a ghost ship, and the crew can still be heard chanting as she sails among the clouds under the light of the moon. But the wreckage suggests the most plausible theory was that the ship was lost in a storm, and the cargo furs, estimated at up to $12,000 at the time– £640,000 in modern day money – sank with her.