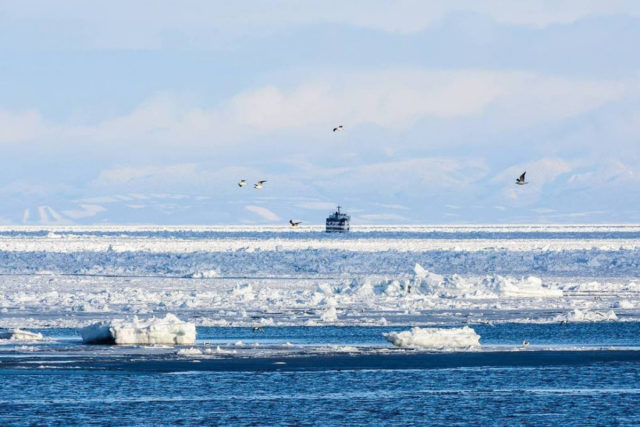 Crew of a cargo ship in the Sea of Okhotsk has sent a distress signal for evacuation due to ice formation, which could damage its hull, the Emergencies Ministry’s press service told TASS on Tuesday, APA reports citing TASS.

“At 13:10 Moscow Time as a result of ice formation and a threat of damage to the Grigory Lovtsov cargo ship’s hull a distress signal for the crew’s evacuation has been sent,” the ministry said. The crew consists of eight people, no one has been hurt.

The ship is in the Sea of Okhotsk near the Shantar Islands in the Khabarovsk Region, some 20 km from the coast.

A Mil Mi-8 helicopter will be sent from Khabarovsk to the area of the Shantar Islands at 15:30 Moscow Time, the ministry said. The helicopter will carry rescuers with all the necessary equipment to provide assistance to the crew.