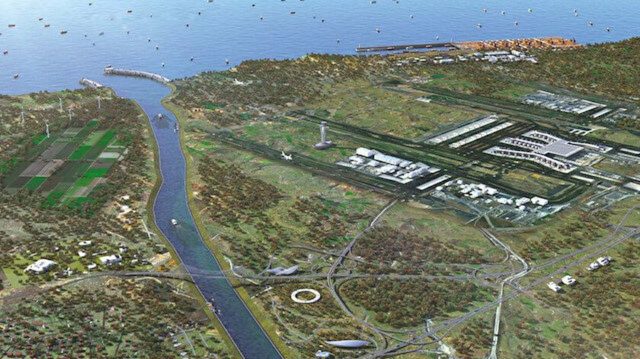 “We kick-started the project in 2021 and one of the main items on our agenda next year will be to accelerate work on Kanal Istanbul,” Karaismailoglu said on Dec. 30 during a visit to the northwestern province of Bolu.

The project will increase Turkey’s role in global logistics and will give a new impulse to the global shipping industry, the minister added.

Turkish officials long argue that the construction of Kanal Istanbul is a must as an alternative seaway as the Bosphorus Strait’s capacity will not be able to handle the increasing vessel traffic in years to come.

Under the Kanal Istanbul project, an artificial seaway between the Black Sea and the Marmara Sea will be opened. The 45-kilometer canal to be developed on the west of the city center on the European side of the city is proposed to have a capacity of 160 vessel transits a day.

Karaismailoglu also said that the government will complete the ongoing infrastructure projects and then undertake other investments in the new year. Those projects include inner city light rail systems in six provinces, as well as the development of a local electric train, the minister detailed.