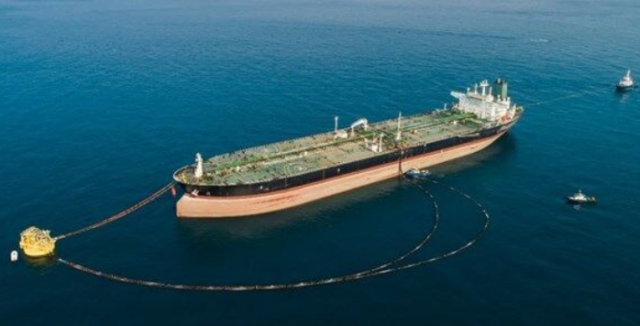 Tehran, IRNA – Operation of the fourth single point mooring (SPM) for loading and exporting gas condensate at South Pars Gas Field has helped the export capacity of this product in Iran increase .

Deputy chairman of the South Pars Phase 19 development project Hossein Azimi said that the first shipment of one million barrels of gas condensate has been loaded by the use of the SPM.

Since the fourth SPM of the South Pars has become operational, the loading and exporting capacity has upgraded at Site 2 of the South Pars Gas Field, he said, adding that the field will be able to keep on gas and condensate production in upcoming winter season.

Pointing to the fact that the process of transiting the first gas condensate shipment through the SPM took three days, Azimi noted that this operation is carried out by using a 36 inch pipe from a metering pump station to the buoy.

The official went on to say that the pipe-laying project was conducted through offshore horizontal drilling for the first time in the Islamic Republic of Iran.

Prior to the inauguration of the fourth SPM at Site 2, experts working at that site could load gas condensate by using another SPM at Phase 12 of the South Parts Gas Field, he noted.

The loading capacity of the fourth SPM is estimated at 7,000 cubic meters per hour, Azimi said, adding that the maritime structure is nearly 7 kilometers far from the shore.

The South Pars Gas Field is a natural-gas condensate field located in the Persian Gulf with shared ownership between Iran and Qatar. The gas field is by far the world’s largest natural gas field.

The International Energy Agency (IEA) announced that the field holds an estimated 51 trillion cubic meters of in-situ natural gas, from which 360 trillion cubic feet is recoverable.