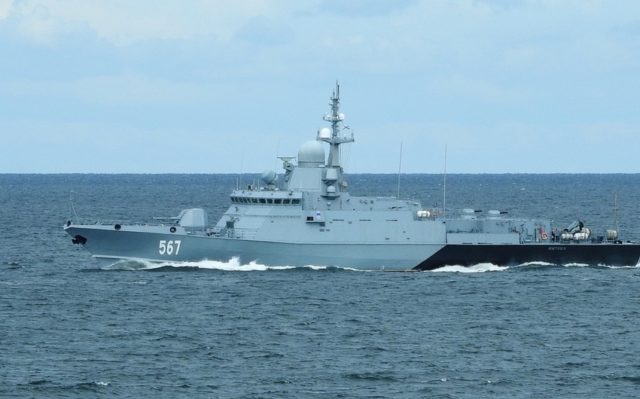 Russia’s Caspian Navy has conducted exercises over destroying the conventional enemy by a naval strike group in the Caspian Basin to test the combat readiness of troops, said the press service of the Southern Military District.

The group was supported by planes of the Air Force and Air Defense Forces of the district.