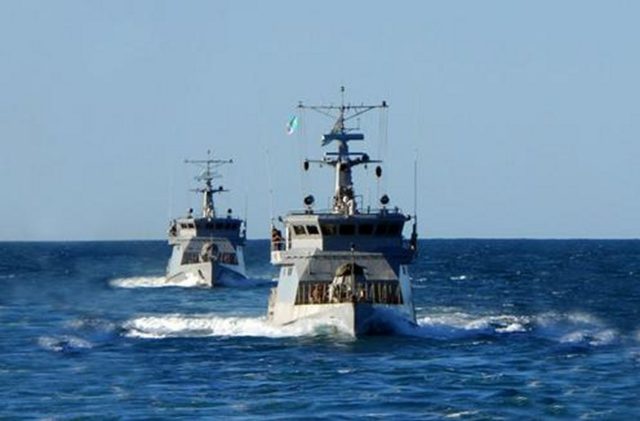 A group of missile and artillery ships Oral, Saryarka, Mangistau, mine-sweeping ship Alatau and hydrographic ship Zhaiyk of the Naval Forces are conducting naval exercises in the water area of the Kazakh sector of the Caspian Sea, Trend reports with reference to the press service of the Ministry of Defense of Kazakhstan.

“The exercises will last until October 8. During this time, military sailors will fire at air, sea, and floating targets, conduct naval combat exercises, work out the ship’s navigation in narrow areas, near the coast and under difficult hydrometeorological conditions,” the ministry said.

“In addition, the ships will perform joint maneuvers as part of a group. Naval sailors will organize a shift on the move, transfer information using a semaphore, and also work out the standards for fighting for damage to the ship and leaving the damaged ship,” the ministry said.

“These exercises allow the crews of ships to improve their practical skills, increase the level of naval training of the sailing personnel of the Naval Forces,” the press service of the Ministry of Defense of Kazakhstan noted.