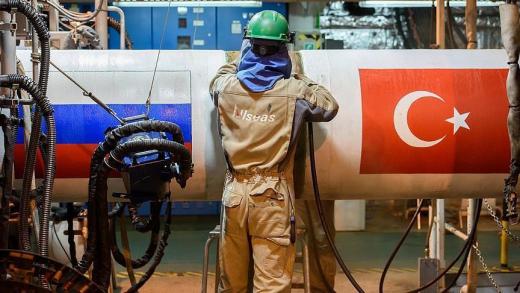 The Turkish gas transportation monopoly BOTAŞ is discussing with Gazprom the conclusion of a new medium-term (three-year) contract for the supply of gas via Turkish Stream to replace the one expiring this year, reported the ICIS with reference to a source close to the discussion.

BOTAŞ ends a contract for 4 billion cubic meters in 2021. m on this route, contracts with independent importers for the same volume are also coming to an end.

The situation with private companies is complicated by an outstanding debt of $ 2.5 billion by arbitration, as well as previously unselected volumes under contracts for previous years.

As a result, some of the current private buyers may not participate in the negotiations on new contracts and may be replaced by other importers, among which ICIS lists Demiroren, Gama, Kalyon, Ronesans.

According to the publication, Gazprom requires that the obligations of private buyers be guaranteed by BOTAŞ or the state, but it is unclear whether this is possible under Turkish law.

This year, BOTAŞ has already withdrawn the 4 billion cubic meters provided for by the contract. m of gas and is now receiving gas that was not taken in 2020.

Russian gas, pegged to oil and oil product quotations, can cost Turkey much more profitable than gas from other suppliers. According to the FAS, for September the estimated export price of Russian gas according to the oil-pegged formula is about $ 270 per thousand cubic meters, while the average gas price on the European spot market in September exceeded $ 700.