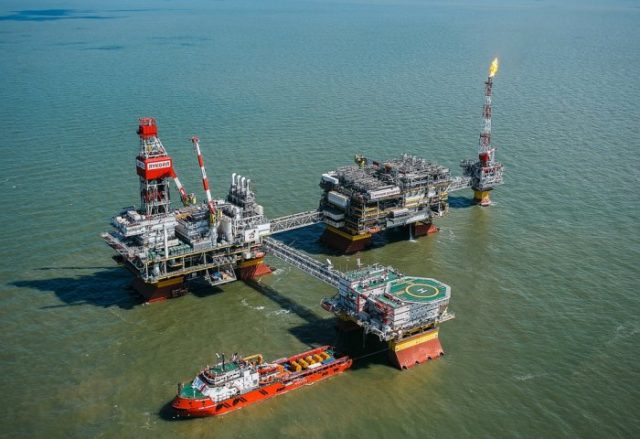 Lukoil is one of the first companies to start operating in Azerbaijan’s oil and gas sector. (Photo: Lukoil)

The Russian oil and gas company Lukoil has expressed its intention to participate in the development of the Azerbaijani-Turkmen oil and gas field Dostluk (Friendship) as an operator, the Minister of Energy of Azerbaijan Parviz Shahbazov told Russia’s Neftegazovaya Vertikal magazine last week.

Shahbazov emphasized that the total investment of Russian companies in the oil and gas sector of Azerbaijan as of April 1, 2021 amounted to $4.9 billion.

The minister said Lukoil is one of the first companies to start operating in Azerbaijan’s oil and gas sector. The company began its activities in the early 1990s with a project on the development of the Azeri-Chirag-Guneshli block of field, according to the Energy Minister.

“The company is also involved in the development of the Shah Deniz gas condensate field, one of the most significant projects in the world. Besides, it has a 10% stake in the South Caucasus Gas Pipeline project, which transports natural gas to Europe. Lukoil also has its own network of filling stations in Azerbaijan,” Shahbazov said during the interview.

According to experts, Dostluk field’s reserves are estimated at 50 million tons of oil.

The resources of the Dostluk field are expected to be distributed between Azerbaijan and Turkmenistan in the ratio of 30% to 70%, respectively.

In a meeting with Vagit Alekperov in Ashgabat on February 18, President of Turkmenistan Gurbanguly Berdimuhamedov expressed Turkmen side’s support for the company’s intent to participate in the development of the Dostluk field, as well as its readiness to consider specific investment proposals for the implementation of the project.