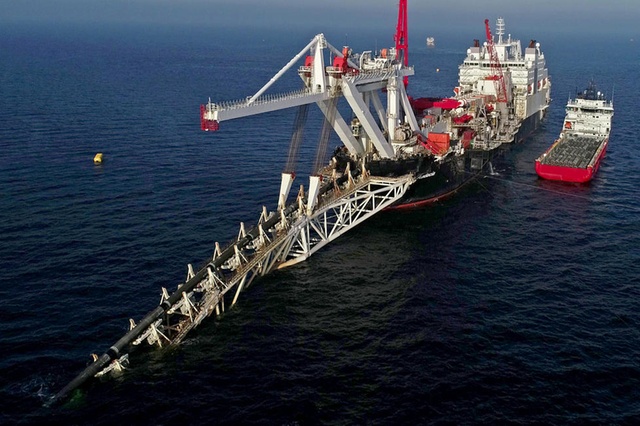 Russia’s Gazprom PJSC is planning to start flowing natural gas through Nord Stream 2, one of the world’s most controversial pipelines next month, Report informs referring to Bloomberg.

The Russian gas giant wants to begin shipping the fuel through the first leg of the Nord Stream 2 link to Germany on Oct. 1, Bloomberg reports referring to the people who asked not to be identified. The timing of actual flows into Europe’s gas grid will still depend on a decision by the German regulator.

The long-awaited pipeline could provide some relief to European gas markets facing a supply crunch before the start of winter, with prices already at a record. It’s also a win for German Chancellor Angela Merkel, who supported the project for ten years in the face of opposition from key allies such as the US. Gazprom declined to comment.

Nord Stream 2 inched closer to the start of operations this week when its owner said the last pipe of the second leg had been welded and was due to be lowered onto the seabed. The next step would be to connect the Danish and German sections before pre-commissioning works are carried out.

Gazprom is targeting gas flow through both lines of the twin link under the Baltic Sea by Dec. 1, the people said. The company had already said the pipeline could flow 5.6 billion cubic meters of fuel this year.

However, Nord Stream 2 still needs to receive technical certification and insurance, which may be challenging due to the US sanctions imposed last year. The operator also needs a preliminary go-ahead from the German regulator, which is currently considering Nord Stream 2’s application for the status of an independent transmission system operator.

Initially expected to come online in 2019, Nord Stream 2 suffered repeated delays, with the US threatening to penalize companies involved in building it. Prospects for completion changed after President Joe Biden decided to waive some sanctions in May and then struck a deal with Germany that warned of retaliation if Russia tried to use energy as a weapon against neighbor Ukraine.