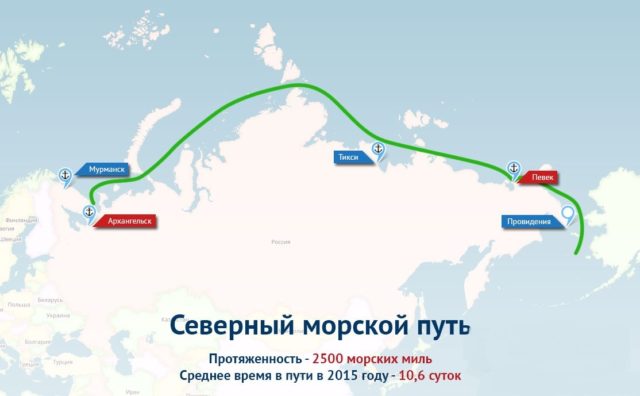 In 2024, it is planned to transport 80 million tons of cargo along it.

The Russian state should not only preserve everything that was done by our predecessors in the Far East, but also multiply it many times over. Vladimir Putin said this today in Vladivostok at a meeting on the socio-economic development of the region. The President stressed that the Far Easterners need not only jobs, but also comfortable living conditions – and not in the distant future, but now. And tomorrow the head of state will take part in the Eastern Economic Forum, which started in Vladivostok.

– Gold is heavier, it will stay. Here, you can see. The nugget has already been washed.

The price of such a piece of metal can be tens of thousands of rubles. The Magadan Region is a golden land, which it shows with the whole view of its pavilion. Sakhalin is trying to attract tourists with ski slopes. Chukotka has a national flavor.

“Street of the Far East” is an exposition that traditionally appears with the opening of the Eastern Economic Forum on the coast of Russky Island. On the other side of the strait is Vladivostok. The view is like a postcard. How to make the entire region so attractive is the main task of the forum.

A working trip to the region of Vladimir Putin is devoted to the development of the Far East. In the capital of Primorye, he visited the Nevelskoy Maritime University. The construction of the training center for the training of seafarers here was completed only in July; it is equipped with the latest virtual simulators. The cadets are happy – they like it, but will there be work in their specialty in the future.

“How do you assess the prospects for development in the Northern Sea Route specifically for the Russian Federation?” – asked the cadet.

“If there were no prospects, we would not be doing this. Moving goods along the Northern Sea Route significantly reduces the price of goods for the end user. This is the whole point. And we have 18% of the territory of Russia – this is the Arctic zone. eighteen%! Therefore, for ourselves it is extremely important. Development of this region, development of infrastructure. The Soviet Union made the largest volume of traffic along the Northern Sea Route – it was either 6.3 or 7.3 million tons. Do you know how much last year? 33. And in 2024 it is planned to 80 million tons, ”Putin replied.

Therefore, Russia is now actively developing the icebreaker fleet, acting for the future. The same approach was clearly not enough during the planning of the development of railway infrastructure in the Far East. And now we are missing out on benefits in the coal market.

“At one time, to be honest, we delayed, one might say, with the expansion of the capacity of the railways. The situation has developed differently – and we have not prepared the infrastructure for this and cannot take full advantage of the favorable situation in the global coal market, we cannot increase exports in the way that we could do it now. This is undoubtedly a lost profit both for companies and for the budget of the regions, and for the entire country, the lost resources that could be directed to support citizens, to develop territories, ”the president said.

On the sidelines of the Eastern Economic Forum, the President held a meeting on the development of the region. One of the topics is passenger air transportation. It is expensive to fly on airplanes to cities far from Moscow. There is a program of concessional tickets, but they cannot be bought this year: either the regions have exhausted the limit, or have not received a subsidy. Such a situation, according to the president, is unacceptable.

“Every year, these subsidies are received with a fight in the government. Listen: all citizens of the Russian Federation, we all live in the same country, and we certainly need to ensure the connectivity of the territories and the free movement of citizens of the country in its regions. Therefore, it is necessary to create a system of automatic subsidies. This is a very important, sensitive issue for people. Reduced air tickets should be available for residents of all Far Eastern regions throughout the entire calendar year. And for this, of course, it is necessary to increase the number of flights, especially during periods of high traffic, ”the head of state said.

The President speaks of the need to increase transport connectivity between the regions of the Far East and expand the network of intraregional routes. A new air carrier, created on the basis of the Aurora airline, will help to do this. The network of small airfields also requires development, including for the high-quality work of sanitary aviation. Vladimir Putin thanked the doctors of the region for their work.

“Doctors of the Far East, like their colleagues throughout Russia, work selflessly, with full dedication, and I want to thank them again for this. At the same time, it is obvious that there are still enough problems in the health care system of the Far East: on the contrary, there are not enough specialists, and the primary care needs significant renovation, ”Putin said.

The meeting also discussed support measures for families with children. On Sakhalin, thanks to additional payments for the birth of a third child, it was possible to significantly increase the birth rate. Presidential Plenipotentiary Yuri Trutnev proposed to extend this experience to the entire Far East.

“With regard to measures to support families with children. Yes, we have support measures, many of them are new. But you and I know, I am now addressing the members of the government, we proceed from the assumption that there are not enough of them yet. There is still no whole set from birth to graduation from school, ”Putin said.

The list of measures already being implemented to support the Far East includes a large-scale renovation of cities in the region, the creation of new enterprises. More than 200 have been built in the last two years alone.

Within the framework of the Eastern Economic Forum, Vladimir Putin took part in the opening ceremony of four more large production facilities.

“These are four projects, but in recent years there have been thousands of such projects here – both on a larger scale and a little smaller. We will certainly continue to support all your efforts, the efforts of your colleagues in the development of the Far East. This will undoubtedly benefit the cause to which you have dedicated yourself – the development of the Far East, and of our entire vast country, ”Putin said.

Thanks to state support, a new campus for the Far Eastern Federal University was built on Russky Island. It is here that the economic forum takes place, where they continue to work on the development of the region.