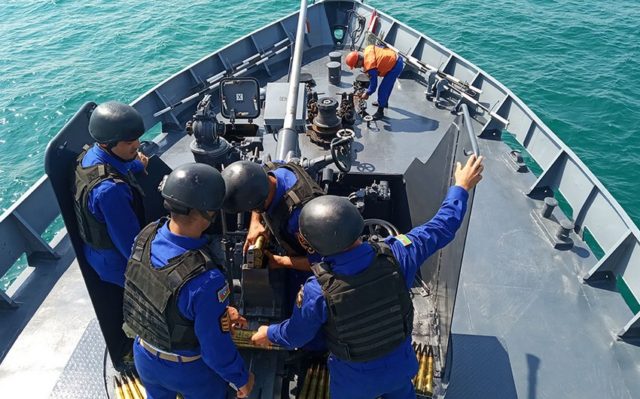 During the “Sea Cup” contest, the crews of the warships of Azerbaijan, Russia, Kazakhstan, and Iran fulfilled the exercise “Conducting Artillery Firing at an Air Target,” Report informs, citing the Azerbaijani Defense Ministry.

At this stage, the teams were instructed to destroy the air target by artillery firing after the aircraft of an imaginary enemy dropped an aerial bomb on the ship.