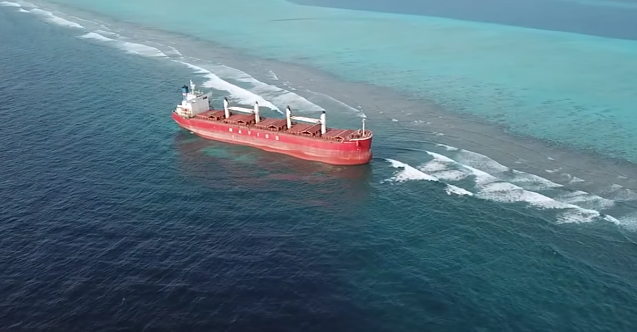 Panama-flagged cargo ship Navios Amaryllis ran aground on a protected reef in the west of K. Rasfari island of the Maldives on Aug. 19. The ship was travelling from India to South Africa.

EPA Director General Ibrahim Naeem said that the vessel may only leave the Maldivian waters after a damage assessment is made and if the ship’s owners deposit 100 million MVR, which is the highest fine applicable for environmental damages under the Maldivian laws.

Deputy transport minister Hamad Abdul Ghanee said on Thursday that the ship ran aground due to negligence on the part of the captain who failed to report an engine failure.

The EPA said that the ship may have caused severe damage to the reef.