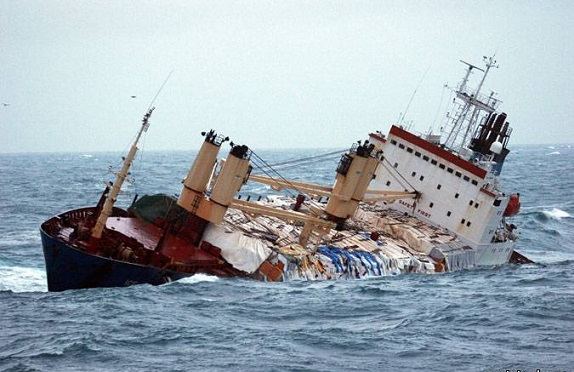 A cargo ship sank on Saturday in the Aegean Sea, all crew members were rescued, according to the Greek coast guard, APA reports citing Greek newspaper Proto Thema.

The Sea Bird cargo ship was sailing under the flag of Togo and transporting wheat from Ukraine to Tunisia. The vessel hit rocks near the island of Karavi in the southwestern part of the Aegean Sea.

The coast guard organized a major search and rescue operation, sending two patrol boats, five ships, and a navy helicopter to the site. All crew 16 crew members, who are Syrian citizens, were found.