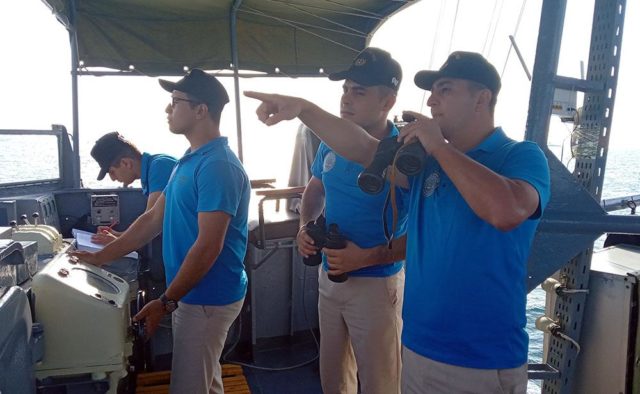 Members of the judging panel and teams participating in the “Sea Cup” contest held in Enzeli, the Islamic Republic of Iran, as part of the International Army Games-2021, inspected the area and training complex where the tasks will be fulfilled.

The judging panel explained to the team members the contest rules, terms, and safety rules at the stages and also gave preliminary instructions on other organizational issues.

The interaction of ships and communications was determined in the sea. Navigational and tactical calculations for the tasks of the competition were also carried.

The contest will take place on August 25, and the teams will compete in three stages.