Baku-Tbilisi-Kars railway will be connected with a strategic logistics center in Kars province, Report informs, referring to the Action Plan on Turkey-Azerbaijan Economic Cooperation.

The activities will be carried out by the Ministry of Transport and Infrastructure and the State Railways of Turkey, and the Azerbaijan Railways CJSC.

BTK became operation on October 30, 2017. The railway connects the railway networks between Asia and Europe. This is the shortest route not only between the three countries but also between Asia and Europe. BTK allows reducing the time spent on cargo transportation by more than two times. The BTK railway facilitates access to European and world markets for Central Asian countries – Turkmenistan, Kazakhstan, Uzbekistan, Kyrgyzstan, Tajikistan, and Afghanistan.

A 504 km-part of the 846 km BTK is the territory of Azerbaijan, 263 km passes through Georgia, 79 km of the line is in Turkey. The BTK is planned to transport 5 million tons of cargo in the first stage, 17 million tons in the next stage, and then a larger volume.

A 300,000 square meter land plot was allotted for the construction of the logistics center.

Around 412,000 tons of cargo are expected to be transported through the logistics center annually. 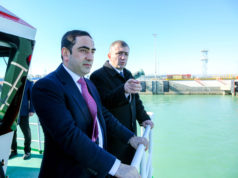 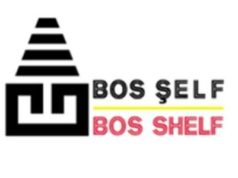