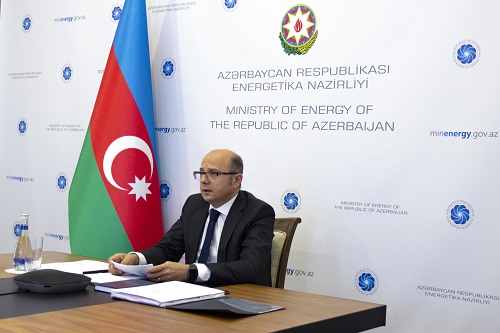 The supplies of Azerbaijani gas from the “Shah Deniz” field to Turkey via the Trans-Anatolian Gas Pipeline (TANAP) since the beginning of 2021 amounted to 2.5 bcm, Azerbaijani Energy Minister Parviz Shahbazov said.

“Until now, since the beginning of the export of Azerbaijani gas to Turkey, since July 2007, the volume of supplies has reached 82 bcm.

At the same time, since the beginning of this year, only 2.5 bcm of gas from Azerbaijan has been exported to Turkey via the TANAP gas pipeline,”Shahbazov said, speaking on Thursday at the IV meeting of the energy ministers of the Economic Cooperation Organization countries.

Azerbaijani gas supplies via TANAP to Turkey within the Shah Deniz-2 project began on June 30, 2018.