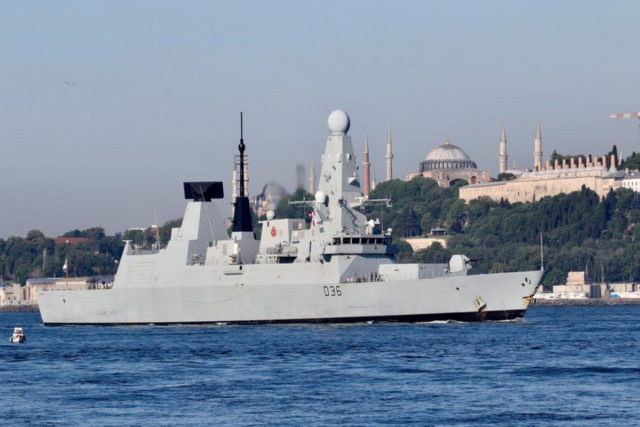 Britain has denied Russian reports that its military fired warning shots at a UK destroyer in the Black Sea, APA reports citing BBC.

Moscow’s defence ministry was quoted as saying that HMS Defender entered Russian territorial waters near Crimea while a patrol ship fired warning shots and a jet dropped bombs in its path.

But the British Ministry of Defence (MoD) said “no warning shots have been fired at HMS Defender”.

It added that the ship was sailing in Ukrainian waters.

“The Royal Navy ship is conducting innocent passage through Ukrainian territorial waters in accordance with international law,” the MoD said.

The MoD said the Russians were carrying out a gunnery exercise in the Black Sea and provided prior warning of their activity.

“No shots were directed at HMS Defender and we do not recognise the claim that bombs were dropped in her path,” it added.

Russia said the incident happened near Cape Fiolent in the south of Crimea and – according to a defence ministry statement to Russian news agencies – claimed the British vessel subsequently changed course.

HMS Defender is a Type 45 destroyer that is part of the UK’s Carrier Strike Group. It is carrying out missions in the Black Sea, according to the Royal Navy’s website.