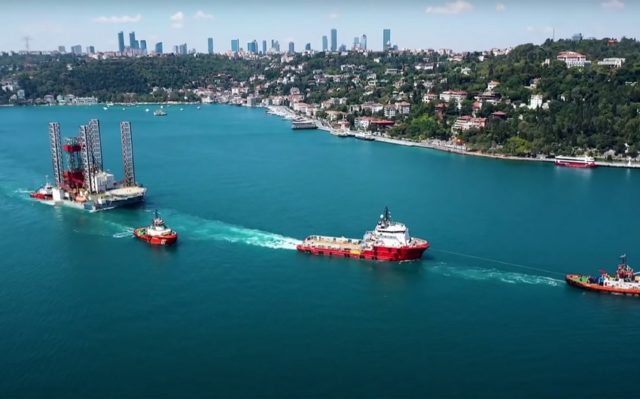 The discovery of new gas reserves by Turkey in the Black Sea is of strategic importance, Vagif Aliyev, deputy chairman of the Board of Directors of SOCAR Turkey (a subsidiary of the State Oil Company of Azerbaijan – SOCAR), told reporters, Report informs.

“In theory, we can cooperate with the Turkish Petroleum Corporation (TPAO) in the field of development and production from the fields. This is included in the sphere of our professional interests,” Aliyev said.

He noted that the biggest foreign investments of SOCAR were made in Turkey, reaching $16.5 billion.

“SOCAR has extensive experience in the exploration of oil and gas fields, as well as offshore drilling. The Black Sea, due to its depth and intensity of waves, may not be suitable for the installation of a traditional platform. However, production can be established with the involvement of new technologies, including without direct participation of people in the process,” said the representative of SOCAR Turkey.

Aliyev drew attention to the strategic importance of Turkey’s discovery of new gas reserves in the Black Sea, reminding that SOCAR has been cooperating with the TPAO on various projects since 1994, and there is an opportunity to evaluate this experience in third countries.

At the same time, the deputy chairman of SOCAR Board of Directors noted that at the initial stage, such cooperation could be carried out in nearby areas rich in energy resources.