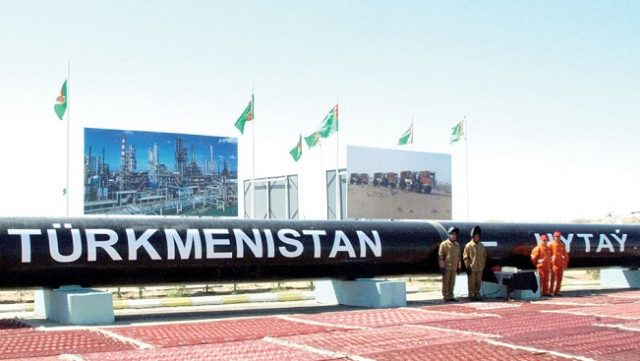 The State Concern “Turkmengaz” fully repaid the borrowed funds to the People’s Republic of China, attracted for the construction of the Turkmenistan-China gas pipeline and the phased development of the world’s largest gas field “Galkinish”.

Deputy Prime Minister Shahym Abdrahmanov reported to President of Turkmenistan Gurbanguly Berdimuhamedov on the full return of foreign loans during a meeting of the Cabinet of Ministers last Friday.

He also added that on June 8, an official notification was received from the Xinjiang branch of the State Development Bank of China on the refund.

Summing up the report, President Berdimuhamedov noted that, despite the difficult situation in the global economy, thanks to the effective measures taken, Turkmenistan repaid the foreign loans provided in a timely manner and in full and added that this fact demonstrates that Turkmenistan, being an economically powerful state, responsibly approaches fulfillment of the assumed obligations.