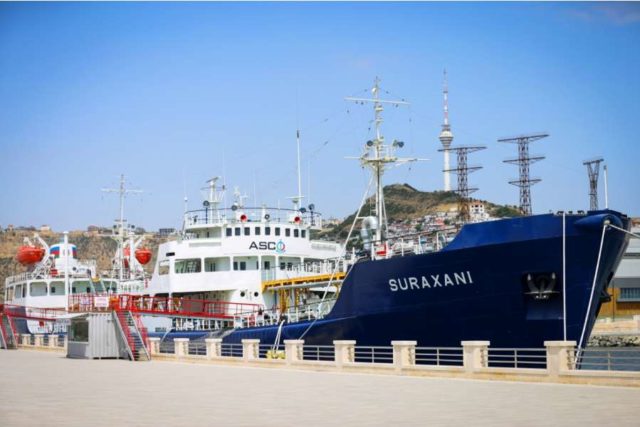 Today, the month has passed since the doors to the world’s first tanker museum were opened. Since May 10, 3851 people have visited the tanker museum Surakhani of the Azerbaijan Caspian Shipping CJSC (ASCO). 117 of them were members of families of martyrs and war heroes. Also, over 1000 schoolchildren became visitors to the ship museum.

It should be noted that ticket prices are affordable: 5 manats for individual visitors and 3 for groups (sessions). Students and schoolchildren, ASCO employees and sailors, as well as their family members can enter the museum by paying 2 manats.

Along with this, the National Heroes of Azerbaijan, the families of martyrs, Heroes of the Soviet Union, participants of the Great Patriotic War, the Afghan and Karabakh wars, invalids of the events of January 20 and the Chernobyl disaster, invalids of the 1st and 2nd groups and 1 person accompanying them, and veteran sailors can enter the ship museum Surakhany without paying and queuing.

The museum consists of 10  exhibition halls. Here, visitors will have the opportunity to get acquainted with the history of the Caspian Sea, oil production in Absheron, the development of shipping, the world’s first ships, sea giants, navigation instruments, which are considered integral attributes of navigation, sea knots with a history of 5000 years, as well as equipment used to operate ships.