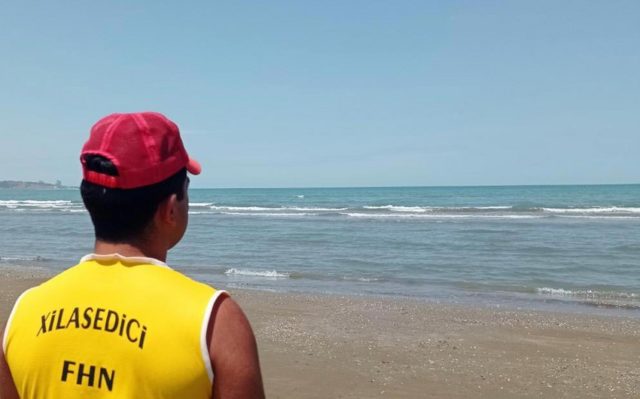 Beaches will be reopened on June 10. Employees of the Ministry of Emergency Situations (MES) are implementing a number of security measures in preparation for the beach season.

The head of the public relations department of the MES State Service for Control on Small Capacity Vessels and Water Rescue, Major Agshin Alili, told Report that the rescue equipment on the balance of the Service, as well as diving equipment, are already operational.

According to him, underwater inspections were performed by divers on public beaches controlled through the Service, and underwater cleaning was carried out:

“During these inspections, underwater hazards are marked with special signs. Signs defining the boundaries of swimming are placed at sea.”

The head of the department said that they also placed awareness and information boards to ensure the safety of citizens resting on the beaches in the water.

“Citizens are advised not to use uncontrolled non-beach areas. When choosing a beach, they should be more careful. They must use the beaches, where rescuers serve and rescue equipment is available, to make their recreation safer. It is forbidden to enter the sea in windy weather, enter the sea after consuming alcohol, cross the signs defining the boundaries of swimming, litter the beach area with household waste, behave rudely in the water, and jump into the water from rescue equipment.

“Remember that children should only use the beach with an adult. The requirements of the information boards placed in the area and the words of the rescuers must be followed.”

The official of the Ministry of Emergency Situations said that the issues such as protection of social distance under the quarantine requirements by local authorities on the beach areas and the use of disinfectants already exist on many beaches.

According to the decision of the Task Force under the Cabinet of Ministers, the beaches will reopen from June 10.