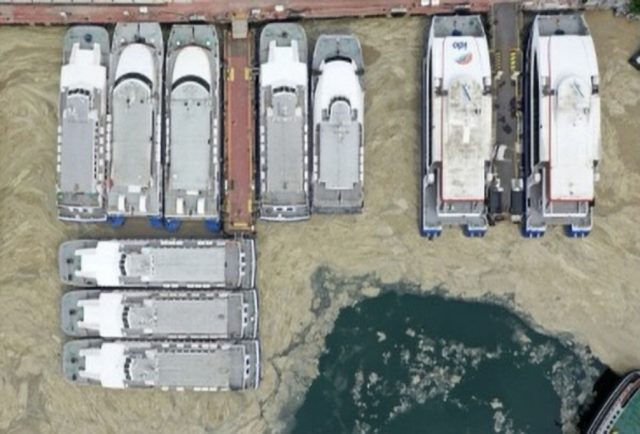 Turkish authorities on Sunday announced a 22-point action plan to clear a recent surge in mucilage, also known as sea snot, covering the surface of parts of the Sea of Marmara in the country’s northwest, according to Anadolu Agency.

“As part of the emergency response, as of June 8, 2021, efforts will be launched to completely clean the mucilage in the Marmara Sea with scientific-based methods on a 24/7 basis,” Environment and Urbanization Minister Murat Kurum told reporters after a meeting with senior officials from provinces on the Marmara Sea coast.

“On Tuesday, June 8, we will conduct the largest sea-cleaning (effort) in Turkey with a consciousness of mobilization together with all our institutions, municipalities, nature lovers, athletes, artists and citizens,” said Kurum.

Before attending the closed-door Marmara Sea Action Plan Coordination meeting in the northwestern Kocaeli province, the minister had examined research efforts on how to deal with the overgrowth of microscopic algae that has formed a mucus-like slimy layer caused by an increase in seawater temperature due to global warming, stillness at sea, and pollution.