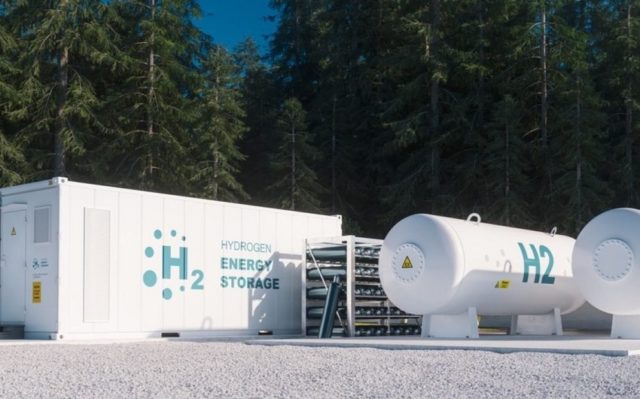 A consortium of energy companies said on May 18 the Greek energy system could be carbon neutral with the development of an integrated green hydrogen project, Report informs, referring to Greek media.

Dubbed White Dragon, Advent Technologies, along with a handful of Greek energy companies, including Hellenic Petroleum and the operating company behind the Trans-Adriatic gas pipeline (TAP) to continental Europe, submitted plans for the large-scale hydrogen project.

“The objective of the project is to gradually replace the lignite power plants of Western Macedonia and transition to clean energy production and transmission, with the ultimate goal of fully decarbonizing Greece’s energy system,” Advent said.

Greece wants to establish gas storage capacity as it prepares to phase out coal-fired generation by 2030, replacing some of the retired capacity with gas-burning plants. The country is also set to become a hub for regional gas supplies, with the launch of TAP and a potential gas link with Bulgaria.

Project developers said they would utilize renewable electricity to produce green hydrogen by electrolysis for energy and heat. Plans could also include a dedicated hydrogen pipeline.
“Through the integrated White Dragon project, the international transportation and export of hydrogen through the TAP interstate pipeline from Greece to Italy is expected to be explored as a future potential goal,” developers said.

Developers envision a price tag of around $9.8bn. If approved by European and Greek authorities, the project would move from research and development planning in 2022 through the final engineering phases by 2029.

The “White Dragon” project plans to use large-scale renewable electricity to produce green hydrogen by electrolysis in Western Macedonia. This hydrogen would then be stored and, through Advent’s high-temperature fuel cells, supply all of Greece with clean electricity, green energy, and heat.