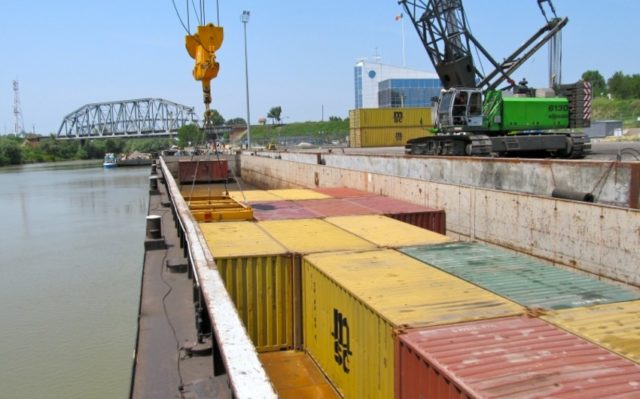 The European Bank for Reconstruction and Development said it had assumed sole ownership of Moldova’s International Free Port to ensure its uninterrupted operation – and safeguard its interests in the project.

Report informs, citing the bank, that the European Bank for Reconstruction and Development, EBRD, has become the 100-per-cent owner of the Giurgiulesti International Free Port in Moldova.

“The EBRD has been a shareholder in Giurgiulesti Port since 1995 and aims to promote the continued operation and successful development of the objective,” the bank said in a statement. The bank said that it will continue attracting international investors to further develop it.

The EBRD has supported the construction and operation of the Free International Port since 1995. In 2013, Credit Suisse was the primary economic beneficiary of the port’s operation following the refinancing of Danube Logistics’ outstanding debts to Credit Suisse.

After Danube Logistics took a 25 million US dollars loan from Credit Suisse in March 2007, it was unable to repay it. The debt was paid with a new loan, from EBRD, and from a Moldovan bank.

In 2004, Moldova’s government signed an Investment Agreement for Giurgiulesti Port with Azpetrol from Azerbaijan, led by Rafiq Aliyev. The deal was for Azpetrol to pay off the Moldovan government’s debt to the EBRD for its previous loan to develop the port.

To develop the port, in 2007, Rafiq Aliyev’s company, Easeur Group, which held a controlling stake in Danube Logistics, took the 25 million US dollar loan to make investments in the port.

When he was unable to return the money to the Swiss, in 2011 he sold a controlling stake in Danube Logistics to a Dutch company with a similar name, Danube Logistics Holding BV, owned by Thomas Moser, Aliyev’s former business manager in Moldova and a former EBRD employee in Azerbaijan.

So, now Danube Logistics is fully owned by the EBRD.