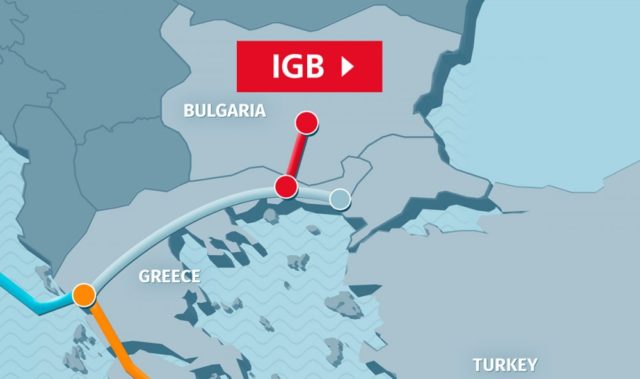 According to the agreement, necessary pressure levels for transmission from TAP through IGB to the entry point with the transmission network of Bulgartransgaz EAD were provided.

The IGB Project (Gas Interconnector Greece-Bulgaria) is being implemented by the joint venture company ICGB AD, registered in Bulgaria in 2011, with shareholders BEH EAD (50%) and IGI Poseidon (50%). The co-shareholder IGI Poseidon is a company, registered in Greece, with Greek public gas corporation DEPA SA (50%) and the Italian energy group Edison SpA (50%) as its shareholders. In accordance with its Articles of Association, ICGB AD will be the owner of the IGB gas pipeline and will finance its realization, will allocate its capacity, and will receive revenue from the transportation of natural gas.

The IGB is designed to transport blue fuel from Shah Deniz 2 to Bulgaria. Through this pipeline, which will join TAP, Bulgaria will import 1 billion cubic meters of natural gas a year from Azerbaijan. Thus, the state company Bulgargaz EAD has signed a contract with the Shah Deniz consortium to purchase this amount of gas from the Shah Deniz-2 field. Azerbaijan will be able to meet 25-30% of Bulgaria’s gas needs. Construction work on the IGB is expected to be completed in the second half of next year.