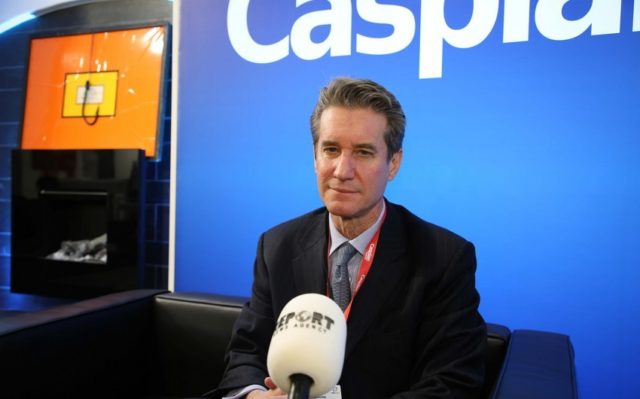 Report presents interview with Matthew Bryza, former US Ambassador to Azerbaijan, former US Deputy Assistant Secretary of State for Europe and Eurasia.

– Mr. Bryza, on May 12-13, Ashgabat hosted the International Investment Forum Oil & Gas of Turkmenistan – 2021 (OGT 2021), timed to coincide with the 30th anniversary of the country’s independence. How could you characterize this event and what impressions did you get from the Forum?

– This Forum is an important historic step of the Turkmen government in opening its economy to investors from the Greater Caspian region and beyond. In the past, for instance, 25 years ago, I actively supported the development of the Trans-Caspian Gas Pipeline connecting Turkmenistan and Azerbaijan during my service in the US government. I hope this forum will mark the beginning of a new stage in Turkmenistan’s international relations with more active attraction of international investors, which can lay the foundation for stronger economic growth, as well as new geopolitical and geo-economic vectors.

– Work on the construction of the Turkmenistan-Afghanistan-Pakistan-India (TAPI) transnational gas pipeline was repeatedly noted at the Forum. In particular, in his welcoming address to the Forum participants, Turkmen President Gurbanguly Berdimuhamedov noted the high pace of work on this project and assessed its economic potential for the region. Could you, as an expert, please express your opinion on this project?

– I warmly welcomed the statement of President Gurbanguly Berdimuhamedov at the Forum that the construction of the TAPI pipeline is progressing rapidly. However, there is still a lot of political work to do in Afghanistan as well as Pakistan and India for the project to be fully implemented. As we know, the political situation and the situation in security remains highly volatile in Afghanistan. The Taliban and the Afghan government are now close to the beginning of formal negotiations on the political future of Afghanistan. These discussions will take place against the backdrop of the withdrawal of all US military forces from Afghanistan by September 11. Equally important is the planned project to deliver electricity from Turkmenistan to Afghan residents who have never had access to electricity before. Hopefully, TAPI and the power supply project can gain the backing of the Taliban and the Afghan government and provide further impetus for a broader agreement that could lay the basis for a stable and prosperous Afghanistan in the future. Turkmenistan is increasing its prestige in the international arena as it fulfills its TAPI commitments and demonstrates to the world that it seeks to export its natural gas in many directions.

– In their speeches, President of the State Oil Company of the Azerbaijan Republic (SOCAR) and Deputy Chairman of Turkmengaz State Corporation Guvanch Agajanov also expressed the sides’ views on the Dostlug field and its impact on the export of natural gas to the West. How could you comment on their statements and what could you add to their statements?

– Speech by SOCAR CEO Rovnag Abdullayev at the forum was an extremely important gesture on the part of the company, which showed respect for Turkmenistan and a sincere desire to open a new stage in relations. At Abdullayev’s meeting with Agajanov, and then with Berdimuhamedov, important statements were made on the sides’ common plans to facilitate the export of Turkmen natural gas to the West. My colleagues in the US government, including myself, have encouraged such inter-Caspian cooperation over the past three decades. Now everything has become possible thanks to the agreement reached between Turkmenistan and Azerbaijan on the joint development of the Dostlug field. The Dostlug dispute was a political obstacle that prevented the two countries from cooperating not only on oil and gas, but on many other issues as well. Now that this obstacle has been removed, market economic forces will facilitate the export of natural gas to the West, perhaps not only from the Dostlug field, but also from so-called Block One in the Turkmenistani sector of the Caspian Sea. Azerbaijan is keen to import gas from Turkmenistan for domestic consumption, especially in its growing petrochemical industry. And already for thirty years now, Turkey has been willing to buy natural gas from Turkmenistan. It is not ruled out that some volumes of Turkmen gas will enter the EU through the Southern Gas Corridor.

– As you can see, Turkmenistan is increasingly developing cooperation not only with Azerbaijan, but also with Afghanistan and China. How will these actions influence the situation in the region and what can we expect in the future?

– Turkmenistan has been cooperating with China for many years, and China became the biggest importer of Turkmen natural gas after Russia stopped buying large volumes about 15 years ago. So far, however, China hasn’t been interested in paying for gas in cash, using imports from Turkmenistan primarily to pay for the gas pipeline that it has built from the border with Turkmenistan into China. This is why it is important for Turkmenistan to have other options for exporting its gas, such as Azerbaijan and Afghanistan. It is this sort of optionality that can foster long-term cooperation between all these countries.