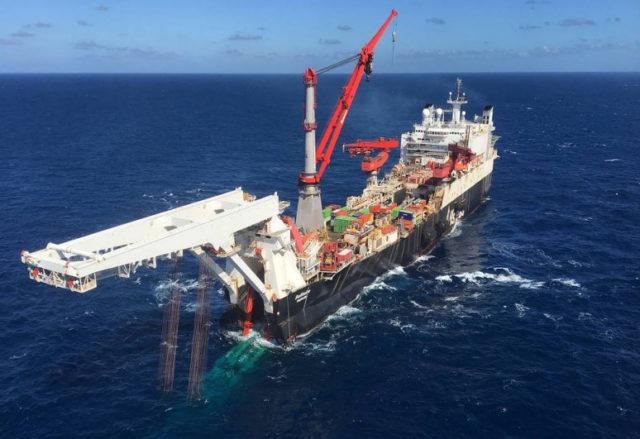 European countries are mostly interested in the Nord Stream 2 gas pipeline construction project. The project is still planned to be completed in 2021, Russia’s Minister of Energy Nikolay Shulginov said in an interview with Energy Policy magazine, APA reports.

“Our position has not changed. Europe is largely interested in this gas pipeline. Russian President Vladimir Putin in his address to the Federal Assembly noted that this is a purely economic project that has nothing to do with the political situation. In addition, construction is at the final stage, and recently Russian Deputy Prime Minister Alexander Novak also said once again that the gas pipeline will be completed this year,” the minister said.

Speaking about the gas pipeline operation and the possibility of supplying hydrogen via Nord Stream 2 in the future, Shulginov noted that all possibilities are being studied to improve the efficiency of assets.

The Nord Stream 2 project includes construction of two strings of a gas pipeline with a total capacity of 55 bln cubic meters per year from the coast of Russia through the Baltic Sea to Germany. The work was suspended in December 2019 after Swiss company Allseas abandoned pipe-laying due to possible US sanctions. Since December 2020, the construction of the gas pipeline was resumed after a year’s pause. Now the gas pipeline is being laid in the territorial waters of Denmark. As of April 1, the project was 95% ready.