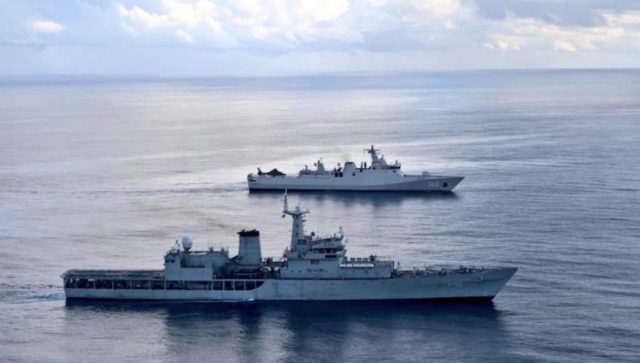 The navies of India and Indonesia on Saturday carried out a military drill in the Southern Arabian Sea with a focus on further improving their interoperability, officials said.

“The exercise was aimed at improving interoperability and understanding between both the friendly navies,” said an Indian Navy official.

The ‘Passage’ exercises are regularly conducted by the Indian Navy with friendly foreign navies.

Under the framework of comprehensive strategic partnership between India and Indonesia, the two navies share a strong partnership of operational cooperation.