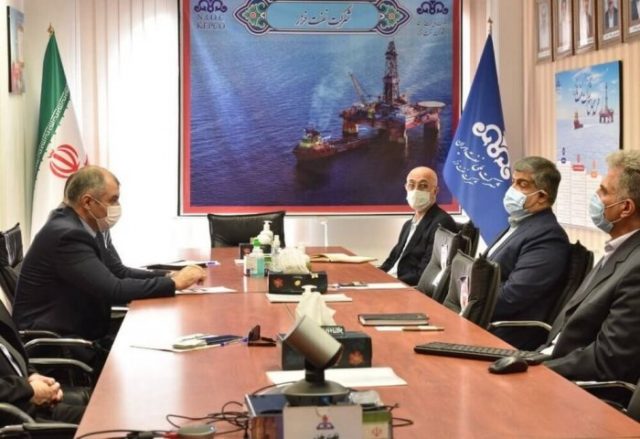 Turkmenistan’s Ambassador to Iran Ahmet Gurbanov and Managing Director of Iran’s Khazar Exploration and Production Company (KEPCO) Ali Osouli in a meeting on Sunday in Tehran discussed the expansion of cooperation between the countries in the oil industry.

Osouli acquainted the Turkmen Ambassador with the Iranian company’s operations, including with its oil exploration projects in the Caspian Sea, Iran’s Tehran Times newspaper reports.

Noting the establishment of shipbuilding facilities in northern Iran, the construction of Caspian and Amir-Kabir platforms, as well as multi-purpose vessels by Iran, he noted that the Islamic Republic has the potential to provide services and cooperate with Turkmenistan in the mentioned fields.

In turn, the Turkmen ambassador expressed hope that Turkmenistan would also be able to use Iran’s services and technical knowledge in deep-water operations and that a meeting of the intergovernmental Turkmen-Iranian economic committee would be held as soon as possible, according to the report.

“There is great potential for expanding Turkmen-Iranian energy cooperation in the Caspian Sea, which could contribute to the two countries’ economic development,” Gurbanov said.

KEPCO is a subsidiary of the National Iranian Oil Company (NIOC) founded in January 1998. The company is active in a variety of oil and gas-related areas including exploration, development, and production in the South Caspian Sea and three Iranian littoral provinces of Mazandaran, Golestan, and Gilan.