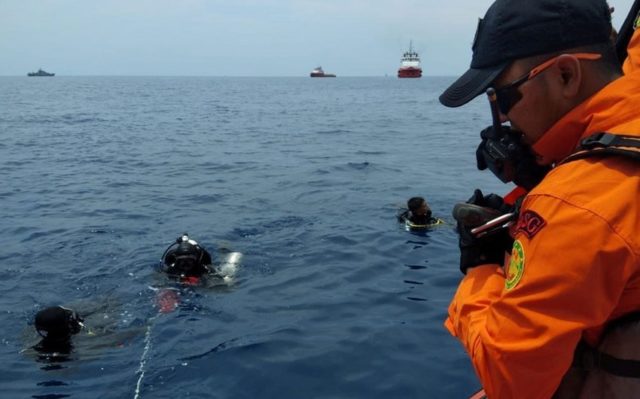 Indonesian officials say debris from a missing submarine was found after the vessel sank as hopes of rescuing 53 sailors on board faded, APA reports citing Al Jazeera.

The search team on Sunday focused on pinpointing the sub’s exact location. Authorities warned any salvage operation would be risky and difficult in the deep waters.

Singapore’s MV Swift Rescue – a submarine rescue vessel – arrived to aid in the recovery effort, the navy said. Neighbouring Malaysia as well as the United States, India and Australia were among the nations helping in the search.

Items located from the stricken submarine included a bottle of lubricant and a device that protects a torpedo, Air Marshall Hadi Tjahjanto said.

The submarine – one of five in Indonesia’s fleet – disappeared on Wednesday during live torpedo training exercises off the Indonesian holiday island of Bali.

Navy chief Yudo Margono said on Saturday that rescuers found several items, including parts of a torpedo straightener, a grease bottle believed to be used to oil the periscope, and prayer rugs from the submarine.

“With the authentic evidence we found believed to be from the submarine, we have now moved from the sub miss phase to sub sunk,” Margono said.

Authorities said it was unlikely that there was an explosion on board the submarine, Al Jazeera’s Jessica Washington reported from the Indonesian capital Jakarta.

“In that event [an explosion], they would have heard it by now at this stage,” she said, adding that authorities were still exploring the possibilities for medical evacuations.