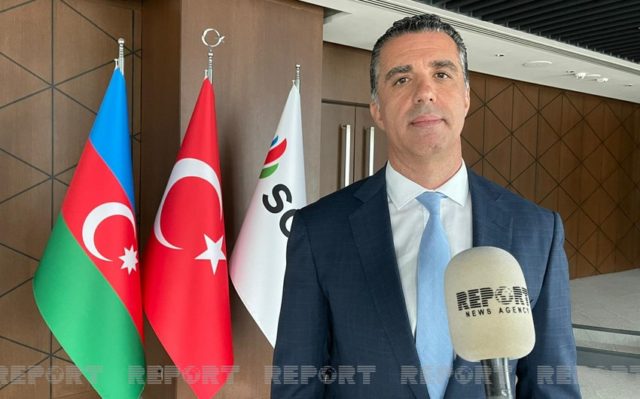 – STAR refinery has advanced in the application of digital technologies. How will this affect production, the environment, and overall earnings?

– With the technologies used in its field, the STAR refinery has realized itself as an extremely smart capital investment. Our refinery, which operates through integration into all processes of the technology, is among the most modern and digital refineries in Europe with these features. With this digital infrastructure, the STAR refinery has a system that allows to track all departments from production to routine maintenance, from sales to finance, and bases on the reports. Launched in October 2018, these systems have been very useful in terms of fully meeting demand, increasing revenue, and protecting the environment with high technologies. I can briefly explain some of them.

First, while STAR was still under construction, we invested $ 70 million in advanced technology equipment. Our refinery has been selected by the World Economic Forum (WEF) for its Global Lighthouse Network, which includes companies that apply advanced technologies. It should be noted that STAR is the first oil refinery in the world to be selected in the Global Lighthouse Network, which includes factories of the future. Along with this, the STAR refinery was the first and only company from Turkey to join this network in 2021.

Second, as our digital transformation efforts continue within our working groups, our efforts have accelerated in March 2020 with a pandemic that did not bypass Turkey. In particular, the minimization of physical contact, which we call the “low touch economy”, is very important for us in the context of this pandemic, which we still cannot predict how long it will last.

Third, digitization of management of performances of the existing equipment, including maintenance processes, proper investment in critical sectors covering areas such as the study of special machines brought $35 million potential income to the STAR refinery’s EBITDA (Earnings Before Interest, Taxes, Depreciation, and Amortization).

Fourth, thanks to the investments that will bring the STAR refinery to the League of Factories of the Future, we increased productivity and significantly reduced water consumption by reducing carbon emissions. Moreover, along with a 10% increase in productivity at diesel and jet fuel production at STAR refinery, the natural gas consumption at the refinery decreased by 6%, carbon emission was 178 tonnes less than 2020, and 406,000 tonnes of water were saved per year. In 2019, when the STAR refinery started operating at a full capacity, it ranked 5th in the list of “Turkey’s Top 500 Industrial Enterprises” by the Istanbul Chamber of Industry for its production capacity and quality.

– When we say the 4th Generation Industrial Revolution – “Industry 4.0” or digitalization, the first thing that springs to mind is agility and productivity. Given the decline in SOCAR Turkey’s consumption and demand in the general market over the past 1-2 years due to the pandemic, what positive and negative indicators have you observed in productivity?

– I must say that based on the strength of our technologies, the principles of Industry 4.0, and the best industry practices, we have implemented and continue to implement very important projects aimed at digital transformation. Since 2020, we have been working on digitalization, which we started at Petkim in 2018, within the framework of the digital development program in SOCAR Turkey and each of the group companies.

In order to meet the demands of the petrochemical industry, which has a very high potential of growth during this period, our priority was to apply Industry 4.0 standards, which will give us more flexibility, productivity, and efficiency. Thanks to these digitalization projects we have implemented so far, we will raise an additional $ 43 million in funding in the coming years. Thus, the agility and speed we have gained as a result of these steps give us a great competitive advantage in the world market. In conclusion, I can say that thanks to long-term investments in technology and digitalization, we have both the ability to meet the demand and the agility to do that in the shortest possible time, although needs and requirements have changed during the pandemic.

– Will SOCAR Turkey share its digitalization skills and experience gained at STAR Oil Refinery with local and foreign companies in the future?

– The experience we have gained as SOCAR Turkey not only at the STAR refinery but also within a group of other companies is a great example for this industry. We show initiatives that we deem appropriate in joint development projects and exchange of experience with our partners. In addition, we consider it very important to cooperate with universities in Turkey and Azerbaijan in the field of digital development and innovation.

For example, as part of the ongoing project, mediated by the METU Technology Transfer Office, the staff of SOCAR R&D and METU staff are researching the use of recycled and sustainable production of plastic raw materials by converting waste plastics into primary components.