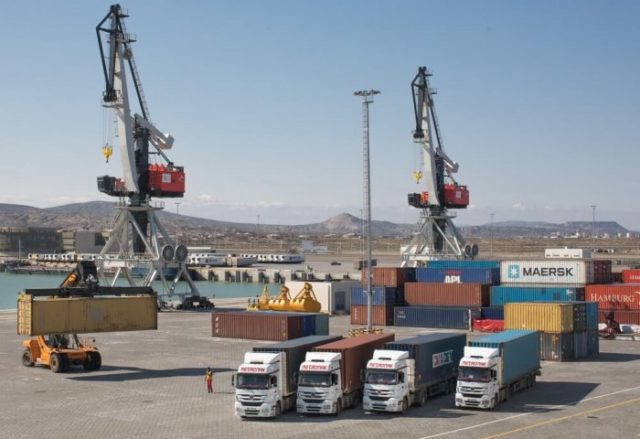 Sea freight traffic between the ports of Turkmenbashi in Turkmenistan and Baku in Azerbaijan saw an increase in volume in the first three months of this year, Azerbaijan’s Report news agency reported on Monday with reference to the Baku International Sea Trade Port CJSC.

During the first quarter of 2021, the cargo turnover of the Baku port exceeded 1.4 million tons, a 16.7% increase compared with the same period last year, according to the report.

The port handled 9,165 units of large-capacity vehicles (TIRs) ​​and containers in the first quarter, of which 6,605 units (72%) were transported in the Baku-Turkmenistan-Baku direction, and 2,560 units (35%) – in the Baku-Kuryk-Baku direction.

During the three-month period, the Baku port increased its container handling by 30% to 9,261 Twenty-foot Equivalent Unit (TEU) containers. The port’s dry cargo transshipment amounted to 290,883 thousand during the period, which is 51.5% more compared to the same period last year.

Despite the negative impacts of COVID-19, the Baku port increased its cargo transportation indicators by 20% in 2020 compared to 2019.