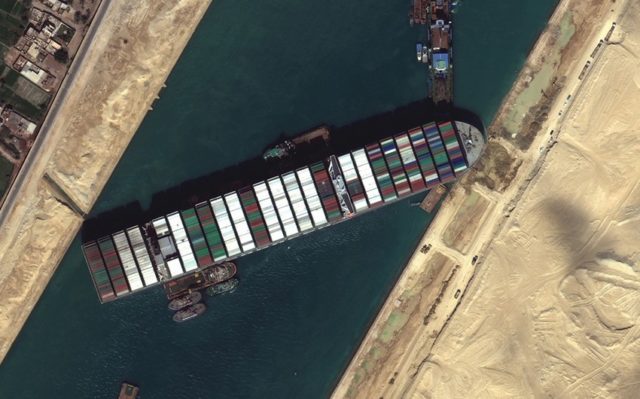 On 7 April, the owners of the container vessel Ever Given received a claim from the Suez Canal Authority (SCA) for the sum of $916 million. Despite the magnitude of the claim which was largely unsupported, the owners and their insurers have been negotiating in good faith with the SCA, Report informs, citing the vessel’s insurer UK P&I Club.

On 12 April, a carefully considered and generous offer was made to the SCA to settle their claim.

“We are disappointed by the SCA’s subsequent decision to arrest the vessel. We are also disappointed at comments by the SCA that the ship will be held in Egypt until compensation is paid, and that her crew will be unable to leave the vessel during this time,” the insurer said in the statement.

“The grounding resulted in no pollution and no reported injuries. The vessel was re-floated after six days and the Suez Canal promptly resumed their commercial operations. The claim presented by the SCA also does not include the professional salvor’s claim for their salvage services which owners and their hull underwriters expect to receive separately. The P&I aspects of the claim are relatively modest, with the exception of the claim for loss of reputation, which is disputed,” the insurer said.

“Owners have cooperated fully with the SCA throughout their investigation into the cause of the grounding, which we understand is now complete. When the grounding occurred, the vessel was fully operational with no defects in her machinery and/or equipment and she was fully manned by a competent and professional Master and crew. Navigation was being conducted under the supervision of two SCA pilots, in accordance with the Suez Canal Rules of Navigation,” the company added.

“The vessel’s classification society, the American Bureau of Shipping (ABS), completed their surveys on 4 April 2021 and issued a certificate of fitness to allow the vessel to move from Great Bitter Lake to Port Said where she will then undergo re-inspection before completing her voyage to Rotterdam. The owners will continue to negotiate with the SCA.”