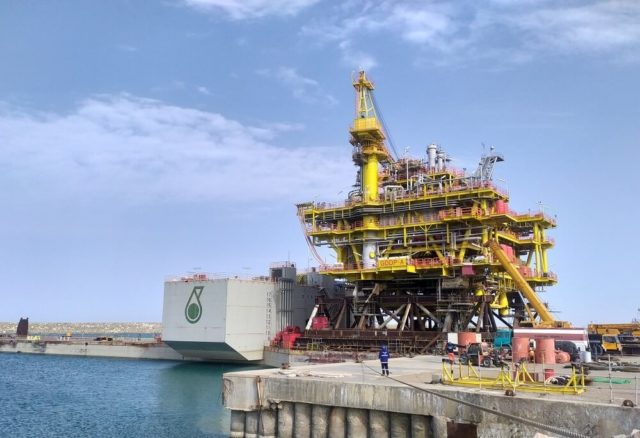 The first oil from the GDDP-A drilling platform is planned to be obtained in August 2021. (Photo: Orient)

CEO of Petronas Carigali (Turkmenistan) Sdn Bhd Ruslan bin Abdul Ghani via video link expressed confidence that the commissioning of the GDDP-A will contribute to the further successful development of the oil and gas sector in Turkmenistan.

Petronas Carigali CEO said they expect the first oil from the Garagol-Deniz West field with a planned production rate of 6,700 barrels per day, adding that the produced crude oil will be processed at the Gas Treatment Plant & the Onshore Gas Terminal (GTP and OGT) and the sent for export.

The GDDP-A is assembled in the Marine Steel Structures Assembly Workshop built by Petronas in the Kiyanli village on the Caspian coast north of the city of Turkmenbashi.

The first oil from the GDDP-A drilling platform is planned to be obtained in August 2021. The planned production capacity of the platform is 10,000 barrels per day.

Petronas Carigali operates in offshore Block 1 in Turkmenistan, which includes Garagol Deniz West field, in accordance with the Production Sharing Agreement signed in 1996.